Effective programming is represented by an increase in overall fitness, not just gains in a single area. As athletes, we are greedy.  We don’t just want to be strong, fast, good at gymnastics or weightlifting, or short or long tasks, but we want to be good at everything. Programming for general physical preparedness means that as athletes, we are ready for whatever task life can possibly throw at us. All of our capacities should be on the rise together.  Therefore finding the right balance, and hitting all sides of the spectrum can be a daunting task for a programmer. The best way to make sure we are spreading out the love so to speak, and chasing “fitness”, is by playing with the stressors (workouts) that we are exposing people to. The adaptations (results) correlate to the type of stress you are putting on the body. Here are some absolutes for getting the most “bang for your buck” out of G.P.P. programing.

Pairing two or three movements that do not contain the same movement functions (ie. hip mediated movements with shoulder mediated movements, or pushing with pulling) allow the athlete not to be limited by the localized muscle fatigue in workouts (ie. “my arms just can’t do another pushup”), but rather it are taxes metabolic engine that fuels the activity( ie. “I can’t breath, my whole body is aching”).  The point is to develop theses energy systems that create a molecule in the body called ATP, that fuels life’s efforts. Athletes that continue to move, transition, and do work will express higher intensities. For example it is not so much that the athlete lacks the muscle stamina to perform another rep, but it is the ability to effectively utilize oxygen or sugars at such an intensity that causes the overall “awfulness”.  It is the high intensity efforts that allow athletes to develop a more efficient metabolic engine, yielding positive systemic adaptations.

Keep Most Workout to 15 minutes or Less, Alternate Weights and Modalities

Keeping most workouts between 5 and 15 minutes and alternating loads allows athletes to get results on both sides of the fence, both aerobically and anaerobically. Aerobic work is that which requires oxygen as the primary source of fuel. It usually means longer efforts with lesser power output and load ie. 5k run. This results in increased endurance, reduced body fat etc.. Anaerobic work doesn’t require oxygen as fuel but rather uses sugars, lactate, or phosphogen to provide energy. These efforts are usually shorter with higher loads ie. barbells or explosive efforts. This results in good stuff like increased muscle mass, bone density and strength and muscle stamina. By utilizing strategies that alternate modes and efforts through the application of high intensity intervals, athletes can get stressors both aerobic and anaerobic in the same workout.

Click here to get our FREE Féroce Nutrition E-Book!! 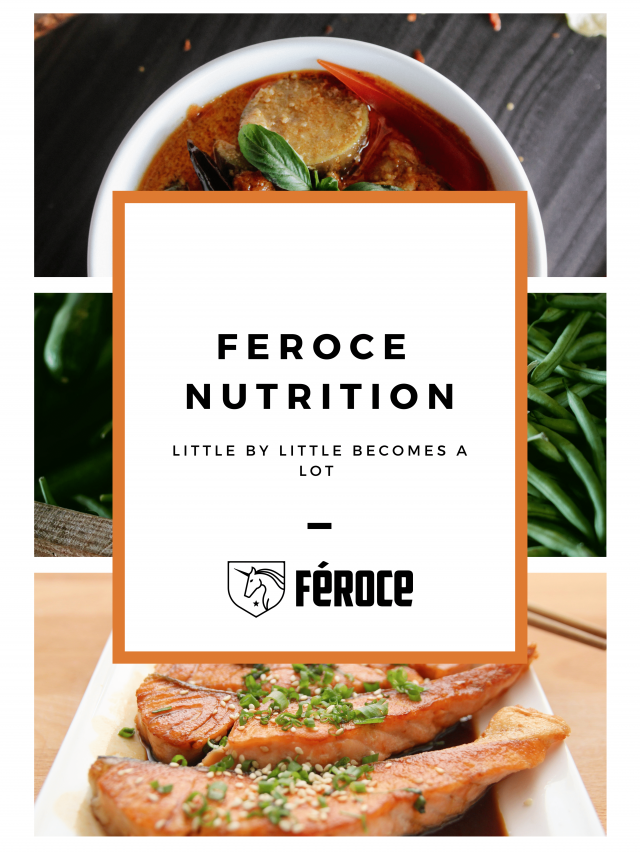 Ready to start on your nutrition journey? Then grab our Feroce Nutrition E-Book for FREE!